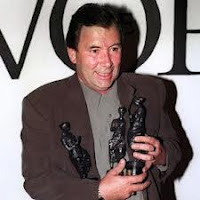 60s rock star Reg Presley of The Troggs has died of lung cancer.

Aged 71 Reg was lead singer with The Troggs, best known for their 1960s hit "Wild Thing". He died in his home in Andover, Hampshire surrounded by family and friends.

Presley founded The Troggs in the 1960s and became famous with hits like "Wild Thing" and "A Girl Like You". His career received a boost in the mid 1990s when first REM and then Wet wet Wet covered the Toggs' 1967 hit "Love Is All Around".
Posted by Unknown at 04:18