Thank you so much to everyone who came along to The ’ 4th John Walker charity show held at Uppermill Civic hall on Friday 18th October.
The room was totally buzzing! And what a line up! Tony Crane (The Merseybeats) Geoff Turton (The Rockin Berries) The , The Usual Suspects, Chris Fender Black & Rosie B from the C’mon Everybody tour, then the technicians:

Paul Brierley on sound, and Kevin Cain and Ben with their amazing lights, and Michael Troy Cartmell for photographing everything that moved or stood still!

In fact everyone in that building contributed to a fantastic memorable night.

LIVE music, great company and all in aid of raising money for two very worthy charities (Save the Children and Bury Hospice) The raffle prizes were amazing and had mainly been donated by Cynthia, John’s wife who had flown over from the US especially for the show! John Walker’s own guitar we auctioned off and it made £600 alone!!!! A guitar signed by Chris Farlowe, Wayne Fontana, The Merseybeats, The , Geoff Turton, Mike Pender and Dave Berry was the coveted raffle prize! All the artistes had an absolute ball. Extra thanks go to Ronnie Ravey, The frontman, for compering the entire evening singlehanded.

People will be talking about this show for a L O N G time!!!

Here’s to next year!

COUNT AT THE FORT 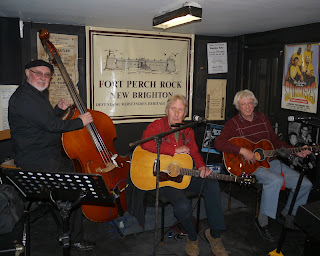 This was an interesting afternoon with John and his friends recalling their days in early jazz and skiffle groups, how John became part of the world famous Spinners folk group and so forth. Interspersing their recollections with a number of songs.

The second half featured another set from John and the boys before they invited guests like Susan Hedges and Carl Chase up to join them. 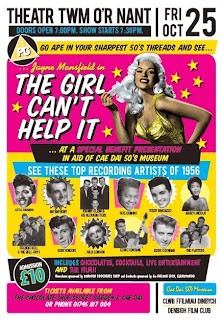 A great night out with cocktails, chocolates etc

SAVE THE LAST DANCE 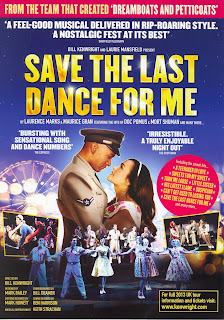 SAVE THE LAST DANCE FOR ME, THEATRE SEVERN, SHREWSBURY 2nd OCTOBER 2013

This was the story of two teenager girls who go on holiday alone for the first time. Whilst at the sea side they meet an American Airman based at a local camp who invites them to the base for a dance.

The staging of this production was excellent with the opening divided into two sets, one a typical 1950/60s kitchen the other a railway platform. Eventually making way for the dance hall on the air base. The costumes were excellent and typical of the era. The mother in particular reminded me of so many women I saw dressed like that in my youth.

There were some great vocals in particular from the actress playing the young girl, some great comic moments just to lighten the plot from time to time, backed by some excellent musicianship although the volume seemed a little loud on the bluesier numbers.

Among the great songs included were - Tell Him, Viva Las Vegas, Dance With Me, 123, Sweets For My Sweet, Little Sister, Teenager In Love, Be My Baby, Way Down Yonder In New Orleans, Suspicion, Then He Kissed Me, Latest Flame, Surrender, Mess of Blues, She's Not You, and Can't Stand Loosing You, to name but a few. All hits songs written by Doc Pomus & Mort Shuman.

What was dissapointing was that the finale which comprised of a medley of songs already featured in the show didn't finish with the title track which would seem to be the right one for people to leave the theatre singing. However, what was pleasing to see was the varied age groups making up the audience not just ones wanting to revisit their long lost youth. It is through shows like this that appeal to a younger generation also that the music of that era will live on.

If only we could see into the future and see if a musical featuring today's music will have such appeal!

If you saw the show in Shrewsbury or any other theatre on the tour please feel free to add your own comments.﻿